Second #rocknmob is gaining some attention in the world

Cool! It's My Life performed by 130 people in Gorky Park, Moscow. https://t.co/JVPY2Kowzc

Of course, as soon as our main event has been done, many participants and spectators started uploading photos and videos in social networks.

But what happened with the post of FB community Bon Jovi Russia is just unbelievable: during the first 24 hours after publishing short 30-sec video, it has been viewed more then 20 000 times, shared and liked by people from all over the world hundreds of times! The information about the second mob has been re-posted in several foreign languages (English, Italian, French, Spanish and even Thai)!

Meanwhile, our official videos in FB (It's my life and What I've done) are being actively shared and discussed!

Bon Jovi fans were so active in spreading the word that Matthew Bongiovi (Jon Bon Jovi's brother and driving force behind the Bon Jovi's website and official fan-club "Backstage with Jon Bon Jovi") liked 2 posts on Twitter from two different people who sent him links to the video posted by Russian fans community "Bon Jovi Russia" :)

And after releasing official video both Matthew and Anthony Bongiovi (who is recently confirmed, that he's coming back to direct the tour of Bon Jovi) twitted about #rocknmob!

Who knows, maybe, the second #rocknmob will be the driving force that will help us to inspire Bon Jovi to visit Russia, where they did a concert in a distant 1989!

And if not, we are not gonna stop, until they come to Russia ;)

TV channels "Moscow 24" and "Life" visited our event. "Life" even organized two live broadcasts, one for each song! Besides that quite a few announcements have been published in Russian online mass media and after releasing the official videos, quite a number of foreign mass media published posts about our event

Rocknmob in mass media around the world: 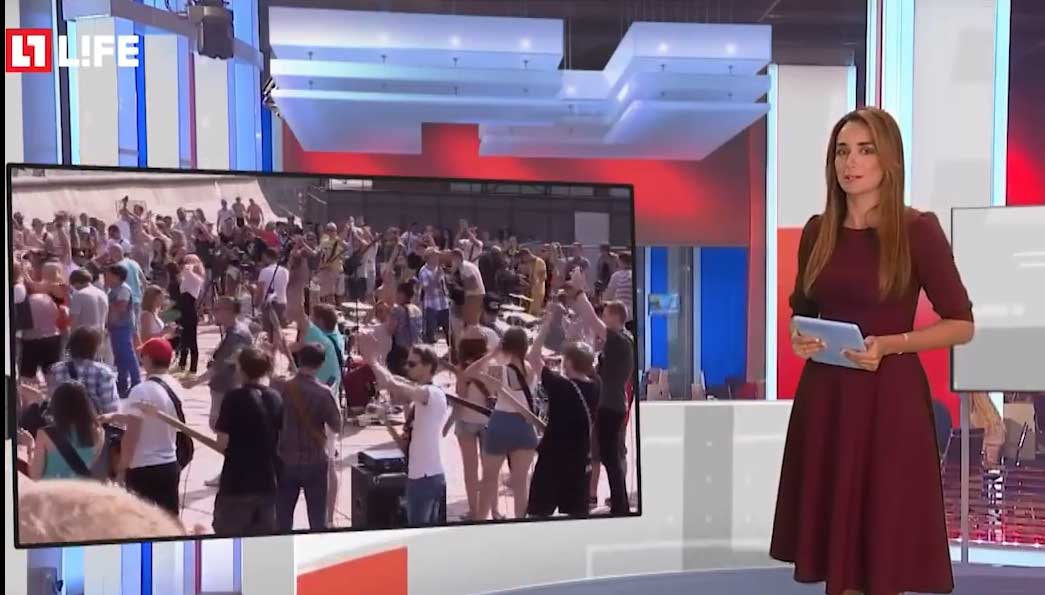 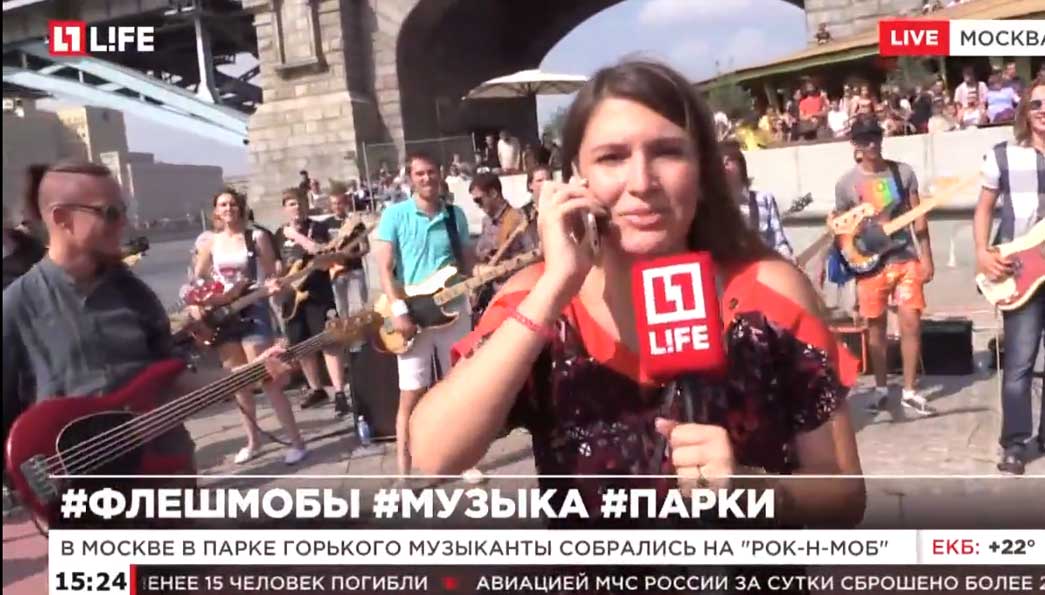 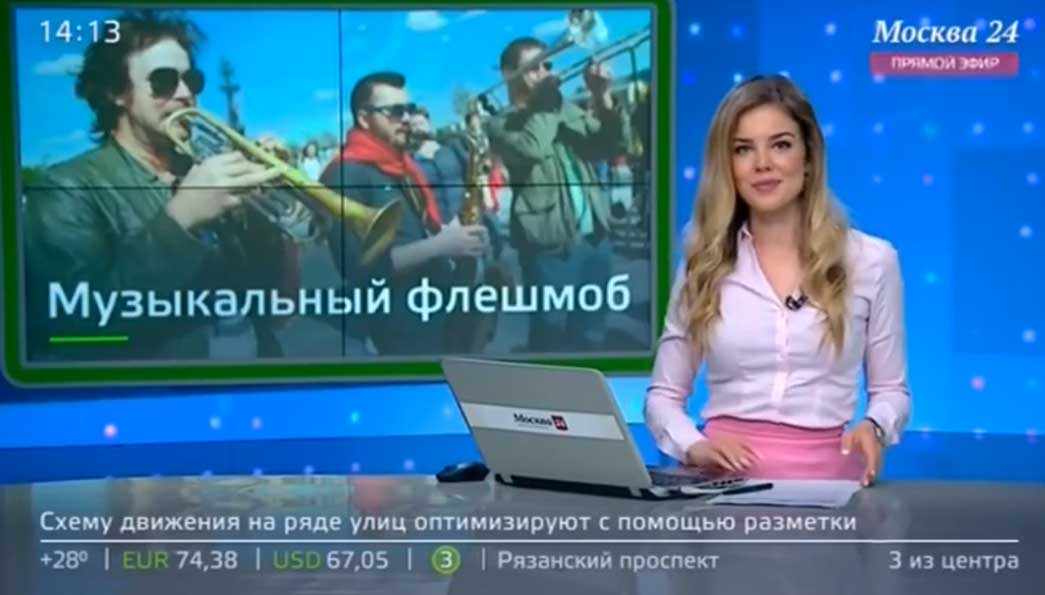 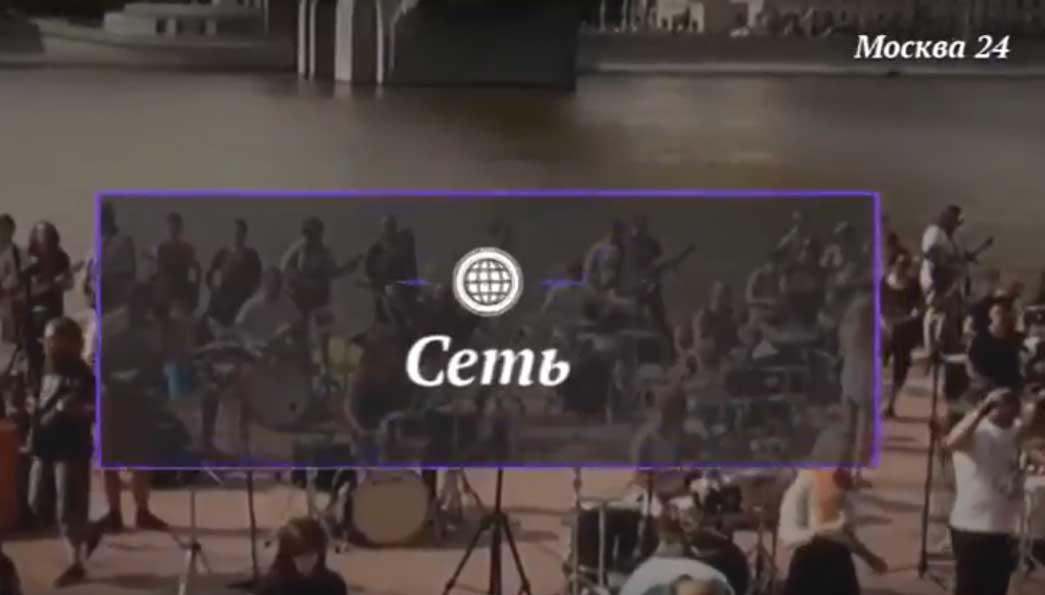 Reviews from participants and spectators

#Flashmob200 @rocknmob we did it! Well, it was extremely long, super hot and really difficult day, but damn it was worth it! It's really cool to see how all participants are getting better, so as crowd that was watching and supporting us! Thank you all. I wanna say big thanks to the gyus who helped in carrying the equipment, really you are the best! And you just saved the day! And soon we will decide when and where we are gonna make third #rocknmob! Everybody is welcome as usual!

rivchatovna: When was it? Our windows were rattling in the afternoon! And now we know why!!!!!!

Linkin Park "What I have done " - standing there like in the heart of living organism, your whole body like "knock-knock, knock-knock"))) could not count - there was too many musicians) that synchronous beat😍😍🙏 it's beautiful. )) wanna more)) ROCKNMOB to everyone!
Probaly it's the biggest musical event I've got change to participate in! Around 200 musicians played all together, and it was so awesome to be part of the band, I'll definitely come to the next RockNmob and I'm inviting everyone who reads this to join me too. So, it was epic and emotional, and let's wait for official video) This time I was not participating as a musician, just came to watch. I managed to record only one video - there was not enough memory on my phone for second one. The sound was really great! I would only ask for a bit louder vioces, but in general - it was excellent, especially drums, they are so powerful when there are so many of them!

By the way, it was first time I played drums on public! And special thanks goes to @evgenborisy4 - a friend, who invited me to #rocknmob, helped in getting around, rehearsed with me and always supported! Thanks to you my first experiece was on such show, "and not in old lousy small unknown club" (с) 🔥 #getmetriangle

Another dream came true. I was part of that 200-musicians band, where people play and sing along. But yet just as a spectator) but this sound, this passion. Thank you! I need more.

To Ksenia Nesterova for making our collaboration with Gorky Park so smooth and easy.

And to everyone who joined us, watched, supported, who was spreading the word - everything was possible only because of you!